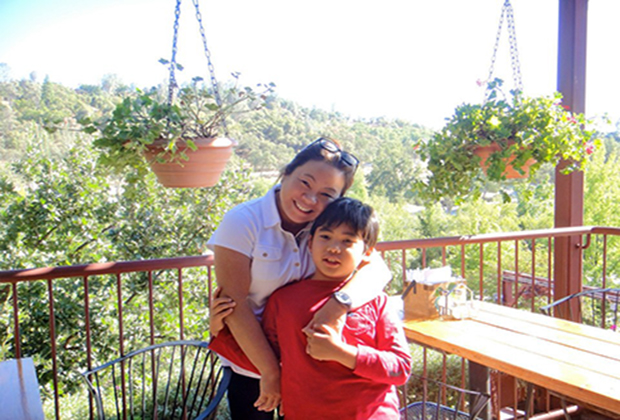 I was one of the happiest women in the world when I gave birth to my son, Moby. My husband and I had longed for a second child, while my first child had been asking for a baby brother.Everything was as it should be, but as he grew from infancy into being a toddler, a few things puzzled me. He would stare at our spinning ceiling fan, and he would not babble much.

By the time he was one-and-a-half years old, he was not talking, whereas his older brother was rather loquacious by that age. When we gave him a toy car, he would spin it, instead of pretending to drive it. These behaviors (or rather lack of behaviors) began to concern us, so we brought him to a doctor. It was then that we found out the reason behind Moby’s silence: we were told that Moby had autism, and that because of this condition, he would struggle to communicate.

Suddenly, I was confronted with a future in which my son would not speak, not have friends, not have sleepovers, and not play baseball or basketball with his teammates. Initially, I questioned if it had been something I’d done. Could it have been something I ate, drank, or exposed him to? I would look into his eyes and call his name, but he would not respond. Being a dentist, it was only a matter of time before I began to worry about his teeth too. If he can’t talk, how can he express any pain he may have? How would he tell me if he had a toothache?

My husband and I devoured volumes of literature about autism. We worked tirelessly with Moby during therapy sessions, and we compared notes with other parents in similar situations. I discovered an extensive community of families who struggle with their children’s special needs, and whose dental care is often neglected. It a struggle to bring neurotypical toddler to a dentist as it is. For parents of children of special needs, the stress and emotional toll can be too much to handle.

Thus, King St. Dental was designed to accommodate special needs patients. I, as well as our hygienist, Brennan McCormack, have been trained to engage with people on the spectrum. We can move patients to our facility’s “break room” to decompress before, during, and after treatment, should they suffer from any anxieties or sensory overload. Moby has taught me that patience and care will eventually be rewarded with a smile, and it is part of our mission to help guide special needs patients and their families through this process.

If you have or are caring for somebody with special needs, please contact us to schedule a check-up at our phone, 415.347.3817, or by email at getperfectsmile@kingstdental.com.

Dr. Maria de los Reyes is a general dentist and the mother of Moby. Dr. Maria is a member of Autism Intervention Bay Area, a discussion group for parents and caregivers of children with autism. She is a proud supporter of SFCD (Support for Families of Children with Disabilities). Dr. Maria is trained in behavioral management, which allows her to help desensitize and lessen the anxiety of children when they come for a dental check up. The King St. Dental team can identify reinforcers that will motivate your child to keep coming back for dental cleanings and exams.