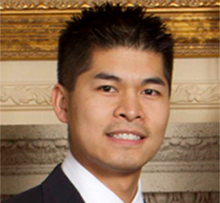 After completing his undergraduate studies at the University of California, Berkeley, Dr. The Phan continued his education at the New York University College of Dentistry, where he received his Doctorate of Dental Surgery at the top of his class. He earned numerous accolades for clinical and academic excellence, and was inducted into the National Dental Honor Society.

Back to :Our Team